Single in the City 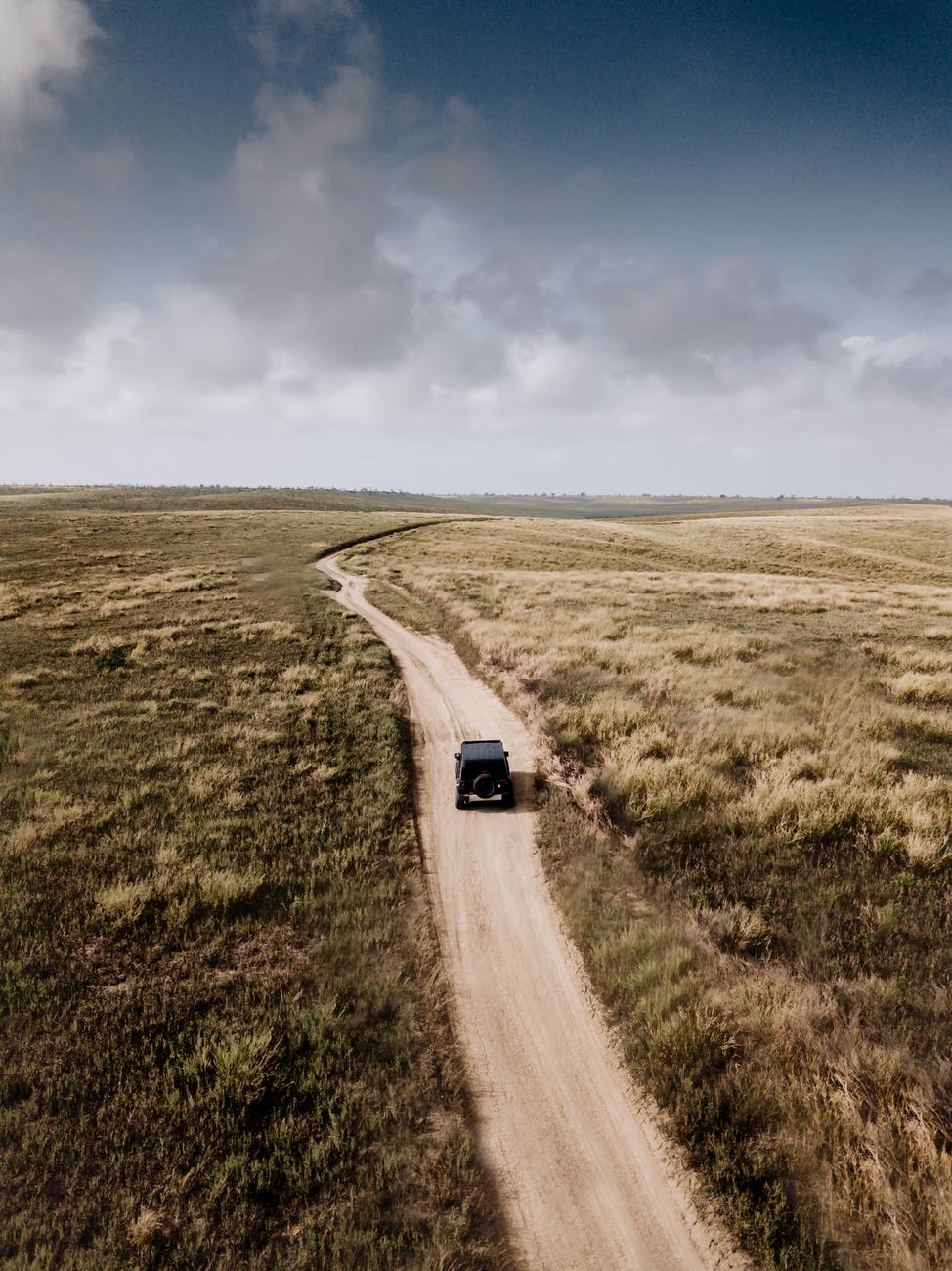 It had been a long year–a long winter for that matter.  I managed to survive my first teaching job and living in that terrible, lonely apartment in Clarkston, Michigan.   My apartment lease had officially ended and my classroom was all packed away.  I exhaled a deep sigh of relief because I had a newly found sense of freedom.

As I stared outside and saw the blooming trees, I remembered that I had something grand to look forward to now.  Sometime during the winter months I had decided to follow my newfound dream and move to Chicago. I felt that I was being called to move there. I deeply longed for change.

I knew that it was the right step to take because the thought awakened my innermost passions.  Many nights I spent at the local library checking out books about the “The Second City.”  I could visualize the city lights and the tall skyscrapers.  Moving close to Lake Michigan also excited me.  Pictures of the boats gliding across the lake made me feel tranquil and full of adventure.  Whenever I thought of it, my heart would pound with excitement and joy would overtake me.  I knew that I had to follow where my heart was leading me, even though I had no job and no plan for how I was going to be successful there.

A loud banging of the door quickly brought me back to reality.  “Monica! Monica, are you in there?” My dad shouted, impatiently.

I quickly ran to open the door and started picking up the boxes that filled the room.

After an hour or two of packing up the moving truck, we were finally on our way.  We slowly made our journey along the long, narrow highway, getting closer and closer to Chicago, a few feet at a time.  I couldn’t help but wonder what the next steps on my journey were going to bring.

As I looked upon the long open road ahead, I knew that my life would unfold in a similar way.  Providence would slowly unfold in front of me, a few steps at a time.  I knew that I would need a lot of patience and a lot of faith to uncover God’s plan and purpose for my life.  I embraced the uncertainty.

As I looked to my left and right, huge, evergreen trees and pine trees swayed back and forth as if they were sending me off, gleefully.  Another summer season had been awakened and the Spring was gone, just like that.

As we slowly made our way out of Michigan I looked back and saw fragments of my old life slipping through the rear view mirror.   A hometown that I grew up in, a university I attended that gave me independence and freedom, and my parent’s home that always felt cozy and familiar.

As we drove further and further away, I became aware of an aching pain in my heart. I could feel myself growing further apart from my sisterhood of friends I had made in college: some of which I was still hanging on to, others I was forced to  let go of through the natural course of time.

I could see my innocent past time dwindle away as we made our way closer and closer to Chicago on the long, narrow highway.  Fond childhood memories like playing with my cousins  at my grandparents house, playing soccer with my sister in the front yard of the house that I grew up in, and taking walks with my mom seemed to be further from me now than ever before.

I reminded myself that this journey was about trying to move forward rather than staying stagnate or being stuck in the past.  After all, wasn’t this why I was moving to Chicago in the first place?  To focus on my future and let go of the past?   The past always battled for my attention like an unwanted stray cat, relentless in his pursuits.

I felt a sense of hope as we encroached on the big city.  The skyscrapers became closer and closer to us, becoming larger than life.  They were massive in length, elevated as if they they were shaking hands with the sky.  Some buildings were tall and rectangular and some were shorter and triangular.   Almost all of them had a silver hue to them that reflected delicately off the sun and clouds.  Each building stood proud as if they had been there since the beginning of time.  Together they looked as if they could be part of a symphonic orchestra, each playing a specific role in exquisite harmony.  Each looked as if they had a story to tell.

Their grandiose nature made me feel small and inferior.  Were these monstrous buildings going to eat me up and swallow me whole?  Wide eyed, my eyes were peeled to this new sensory world that welcomed me in.

As we drove over the bridge on the John F. Kennedy Expressway,  I could feel the cars whizzing by.  As we slowly made our way over the bridge, the next chapter of my life quickly began and the last one abruptly coming to an end.

Moving to Chicago felt surreal and I felt doubt creeping in.  It felt odd to me that everything I owned was in the back of the moving van. Was I vagabond chasing a silly dream? Was I nomad looking for something special that would never come to pass? But I wanted something more. Much more. Fate would be the teller of my destiny.

I had imagined moving to Chicago so many times while I lived in that lonely apartment in Clarkston.  It had given me a joyous pursuit, a hope that brightened my perspective on life. It gave me a light at the end of a lonely, dark tunnel that I was on. There was a persistent push in my heart that kept encouraging me to move there And now, I was here.

My dad looked over at me and smiled.  I smiled back, softly.

The stop and go of the truck quickly jolted me out my seat and brought me back to reality, quickly.  As I looked out the window I could see cars stopped ahead of us, a bottleneck of steel.  After each drastic halt, our moving truck would slowly move forward, and then quickly stop a few inches, or one inch short of hitting the next car in front of us.  The breaks would screech for a moment, and then when we would begin slowly accelerating again.  The happened several times. The back and forth motion made me feel nervous as I stared at the sea of cars slowly inching forward. It seemed as if I would never arrive, but we were only twenty minutes away from my new home, supposedly, that is.

As we inched closer and closer to the city, peering to the left I could see Lake Michigan and it’s great vastness.  The Aqua water shone brightly on this picturesque summer day with oversized boats glided gently upon the water.  People were swimming in the lake, playing volleyball, and laying out on the beach as if they did not have a care in the world. For a moment I was envious of them.

As I looked to the right, I could see vast green pine trees and shrubbery within a massive, green park.  Couples walked hand in hand, moms walked their babies in the strollers, and bikers whizzed by on the bike trail.  I wondered if I was going to find my special one in Chicago.

As we continued our drive, we passed hip and popular restaurants claiming to be the world’s best food.  World renowned shops were lined up on the streets as people walked swiftly from store to store with bags in their hands and cameras strapped around their necks.  There were so many people walking on the streets, I wondered how they had room enough to share the sidewalk with one another.

Slowly making a right turn, and then a left, and some more twists and turns, we slowly drove into the alley. We had arrived at my new home.

I felt like a foreigner upon new land, for it seemed like I had entered a whole new world.  It reminded me of my first day of my freshman year of High School.  Similarly, my dad had dropped me off then, too. I remember him smiling at me, sadly, surrendering to the fact that I was growing up.

I recall sitting in the car and peering at the high school, which had been newly renovated.  It was like a small city which contained 3,000 students.

I remember watching the students with their backpacks on, getting off their buses and filing into school.  I remember feeling overwhelmed with fear and resisting getting out of the car, hesitant for what high school would bring.

Thoughts like “Would I find my way?  Would I survive?” clouded my mind.

I had similar thoughts sitting in the alley in the back of my new home.

Before getting out of the truck, I looked over at my dad.  He had the same look on his face as he did that first day of school freshman year.  He smiled at me, sadly, once again.  In that moment, I wanted to stay his little girl. I wanted to curl up in his strong arms and embrace his warmth and protection.

I didn’t want to get out of the car because I wasn’t sure of the next steps that would follow.  The same thoughts occurred to me, “Would I find my way?  Would I survive?” With a quiver in my lip and a lump in my throat, I forced myself to get out of the car and take the first steps of my new life.

Moving forward was all that mattered.  I had to let go of my dad’s strong embrace, and all of my pain and heart ache from prior ex boyfriends, in order to move forward with my future. I knew I was being called to my destiny, I just had to figure out what it was. As I got out of the car, I had a hunch that my new adventure had just began.

Welcome to my blog! I am a Relationship Coach for Singles. I was once like you and dated and dated and dated.... BUT once I applied intentional dating to my life, I met my husband and my life changed forever. It has been a beautiful gift to fulfill our destiny together.

I am proud to share that 3 of my past clients have gotten engaged shortly after working with me. Contact me if you are serious about finding love! How would YOUR life look different if you found your perfect match? Let me show you how my Intentional Program works to help you find the love you crave.